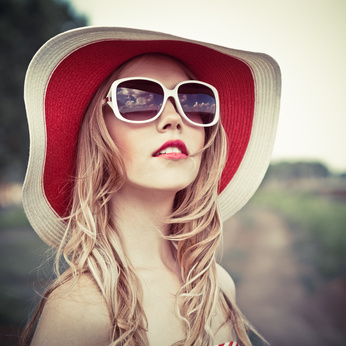 In case you were waiting for the clinical studies to kick in, now there’s proof: sunscreen reduces skin aging.

The news is unlikely to shock you, but the findings all over the news lately shows that using sunscreen regularly will protect against more than sunburns and skin cancer  – it keeps your skin looking young and healthy too. What we’ve been preaching for ages, the study is the first to quantify sunscreen’s anti-aging benefits: protection against photoaging – wrinkles, pigmentation changes and saggy skin – that can leave you looking older than your years.

The study involved more than 900 participants over four years. Some were told to use sunscreen daily and instructed in its proper use, including re-applying sunscreen after being outside for a few hours, after going in the water or after sweating heavily. Other participants were given no directions with regard to using sunscreen as it would have been unethical to ask them to not use it.

Skin changes were measured through a technique called microtopography, in which researchers made sensitive silicone impressions of the back of each participant’s hand. The researchers measured damage on a scale from 1 to 6, with 1 signifying no damage and 6 meaning skin with severe aging. Participants were given a score at the start of a four-year period and another score at the end; those who used sunscreen daily were 24% less likely to show increased signs of aging, researchers found.

To minimize skin damage caused by the sun, it’s important to choose and use sunscreen wisely. We recommend the following:

Guess we knew what we’ve been talking about all these years. Now there’s proof!